Posted by Brother Cornelius at 1/30/2017 08:46:00 PM
Email ThisBlogThis!Share to TwitterShare to FacebookShare to Pinterest


War has come to the mortal realms yet again! Pit your wits and mettle against honorable foes in this 3 round, 1500 point, Age of Sigmar tournament!


This tournament will follow all the rules and restrictions presented in the General's Handbook for a 1,000 point Pitched Battle (Yes, the 1000 point restrictions but with 1500 points available). Command Traits, Allegience Bonusus, Artifacts, Named Characters, it's all in! (Please note that all official, up to date, GW FAQs will be used)


Doors open at 9:00AM and round one Begins at 10:00AM. We will break for a 1 hour lunch after the second battle round. Rounds will last 1.5 hours each, keep that in mind when planning your army.


We will playing 3 rounds, using the Pitched Battle Missions from the Handbook. Scoring will be 3 Points for a Major Victory, 2 for a Minor Victory, and 1 for a loss or draw.

You will need to bring a roster sheet of your 1500 point army with you to the event (copies for your 3 opponents is a plus). Your roster must follow the rules presented in the General's Handbook, so you must name your General, your Allegience (you can only select one Allegience from all those you qualify for), any Command Traits, and any Heroes that have an Artifact on your roster. These will be set for every game in the tournament.

We will not be rolling for Command Traits or Artifacts, you may choose the ones that you qualify for. See the General's Handbook for more detailed information.

The only house rules will be:

1: We will measure from base to base, do not use the model (or parts extending over the bases) for reference during the game. Along with this, all models should be based on the size base included in with the model from GW.

2: All models MUST be What You See Is What You Get (WYSIWYG). If a model is holding a sword, he is holding a sword. If a model is a Skaven Clanrat, it is a Skaven Clanrat. If you are wanting to use custom models or proxies, they must be cleared with a TO prior to the event. However, all proxies must be clear what they represent. Due to the nature of upgrades in Age of Sigmar, it will be too confusing to use proxies that are not representitive of the model.

3. During the Combat Phase, if your model can make base contact with an enemy model, it must do so.

Prizes will be awarded for:

Muster your forces and prepare for war!
4 comments

Posted by Brother Cornelius at 2/19/2015 11:56:00 PM
Email ThisBlogThis!Share to TwitterShare to FacebookShare to Pinterest

A little late in the posting, but finally getting around to posting some photos from the Berks Winter Blast Tournament.

Now this is a team tournament, each player takes a 1000 point list. no battle brothers are allowed, no allies are allowed. everyone is basically for themselves. forgeworld is allowed. so.. I teamed up with Jared with his Chaos Marines and I took vanialla Space Marines. (I wanted to take Dark Angles but apparently Deathwing Knights can't ride in the storm raven in the Adeptus Storm Wing Formation - SO LAME) so I took vanilla marines. boring, but whateve.

our plan from the outset was to deal with imperial knights, so we spent a few weeks trying to come up with a list that would fair well against said knights.. it was only closer to tournament time that we realized that due to the restrictions on the event, knights would not be allowed. So Jared and I discussed briefly if we should switch up the list, but we decided against it.

Jared brought his chaos fire raptor and storm eagle. I brought the storm wing. that is a TON of meaty flyers right there with enough fire power to down any attempt at some anti flyer lists.. our opponents would really have had to go all out on the air defense to put up a fight against this.

we each took a dedicated combat unit as well. I took a chaplain with 5 hammernators, Jared took a warp smith and 5 decked out chosen. the warp smith is in case the eagle gets immobilized, he can repair so the guys can actually get out heh. yes, this did happen a couple of times in practice games.

to round it out, I took an imperial bunker (fortress of redemption tower) with a comms relay and 2 scout squads, jared took a large cultist squad and an autocannon havoc squad... these groups of guys were just there to make sure the coms relay was in effect. if the flyers didn't come on until late game, we were hosed..

Game 1 we played a deathwing, GK terminator list. the GK libby rolled invis with a large group of terminator escort. belial deepstruck in with terminators into our tower backfield, but we ended up getting the flyers on and that was a wrap. terminators just can't deal with all the fire power of the flyers. the invis unit was still around at the end of the game, but the objective was table quarters, and with only one squad remaining it was a solid victory for the air cavalry. 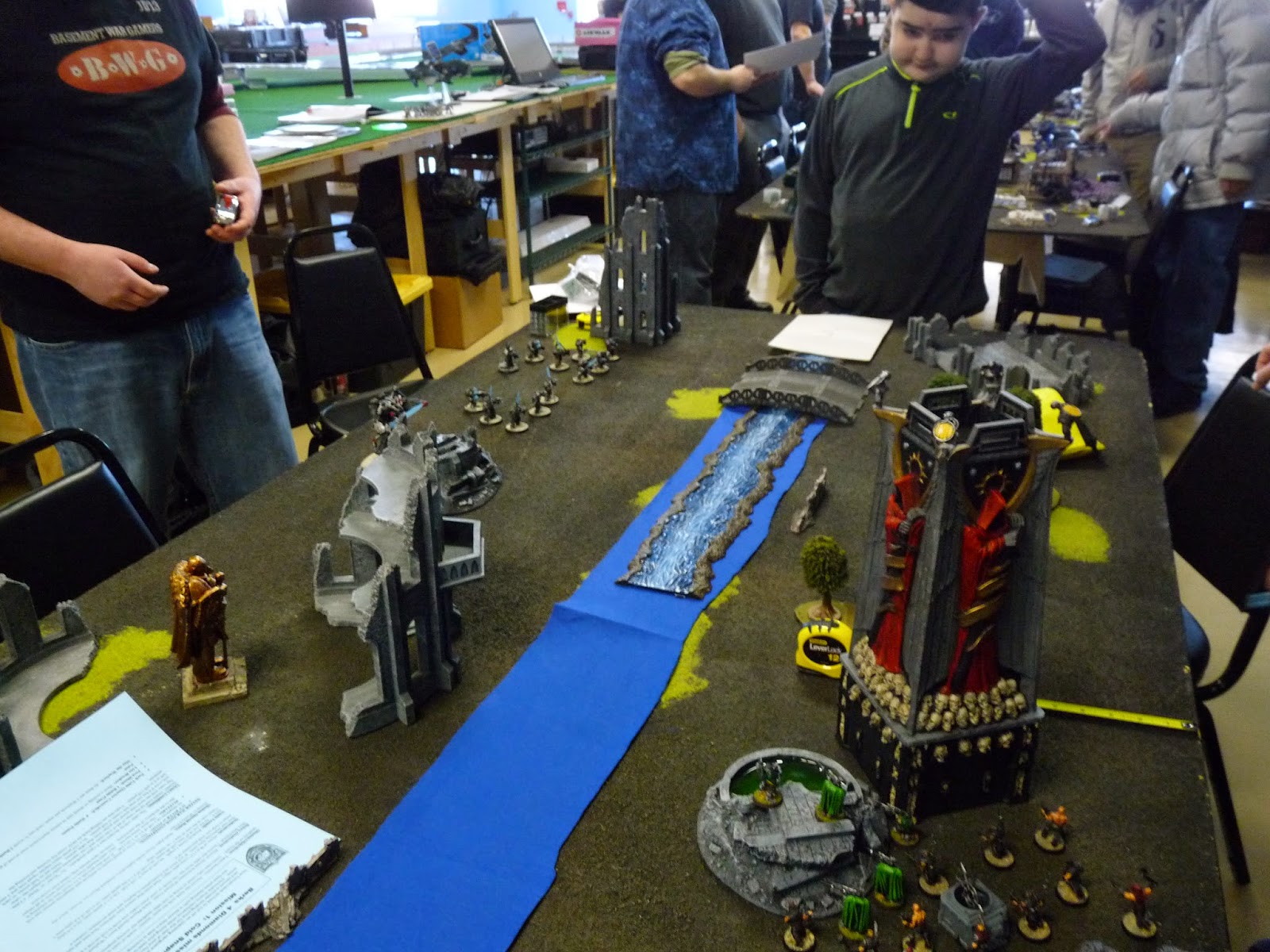 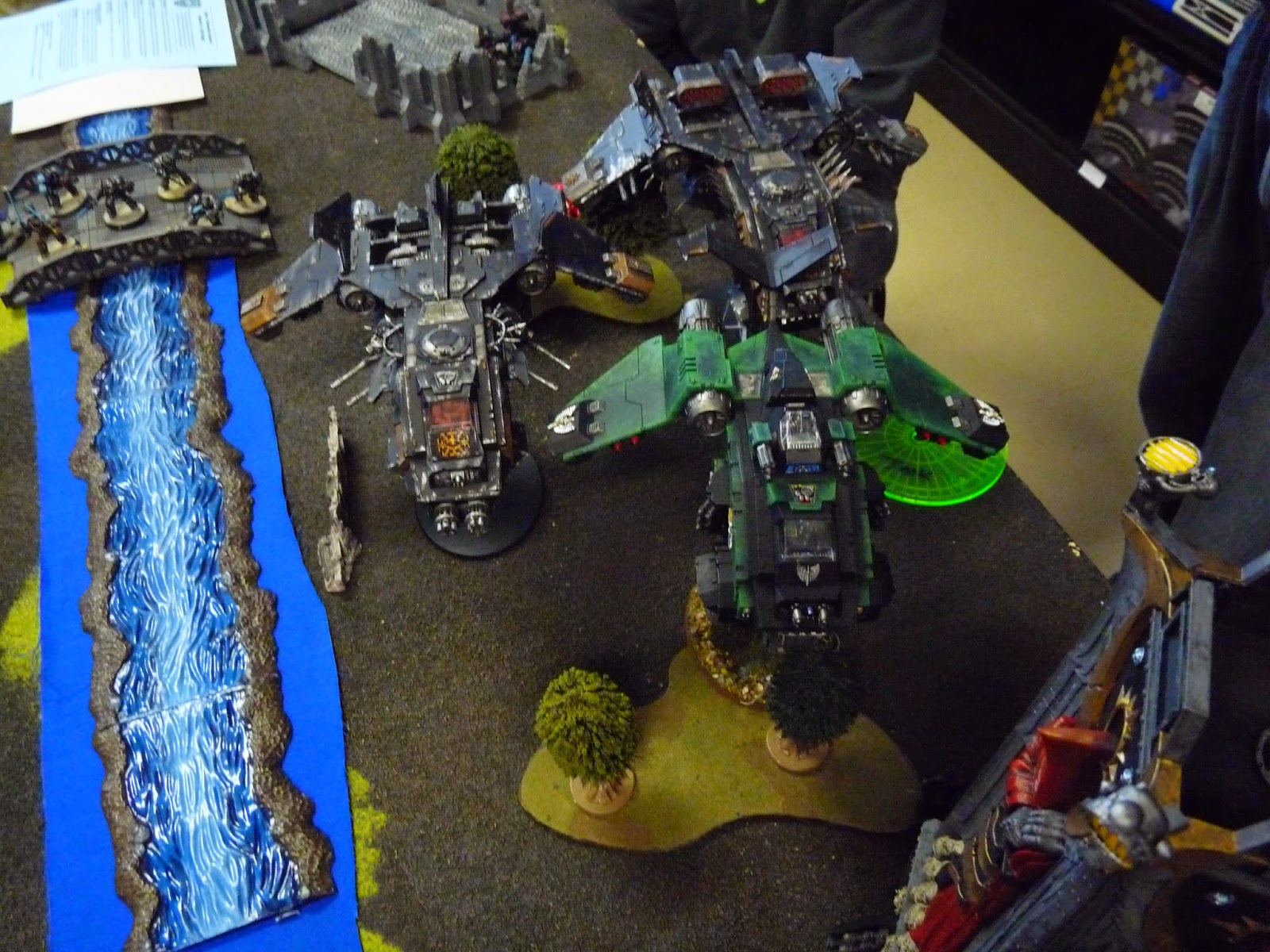 Game 2 was against chaos marines and chaos demons. summoning demons.. and it was an objective mission... oh boy.. very tough. one of our opponents was a very new player and he was still learning all the ropes for the chaos demons, so many special rules.. they really do just ignore most of the rulebook, heh. I believe this game only got to turn 4 or so. we narrowly eeked out a victory as the warp smith and chosen carved a path through screamers and cheap scoring demons... the storm talon sped in at the last minute to blow away and objective secured troop and contest the last objective. it was a VERY narrow victory, man did those guys give us a fight for our lives. 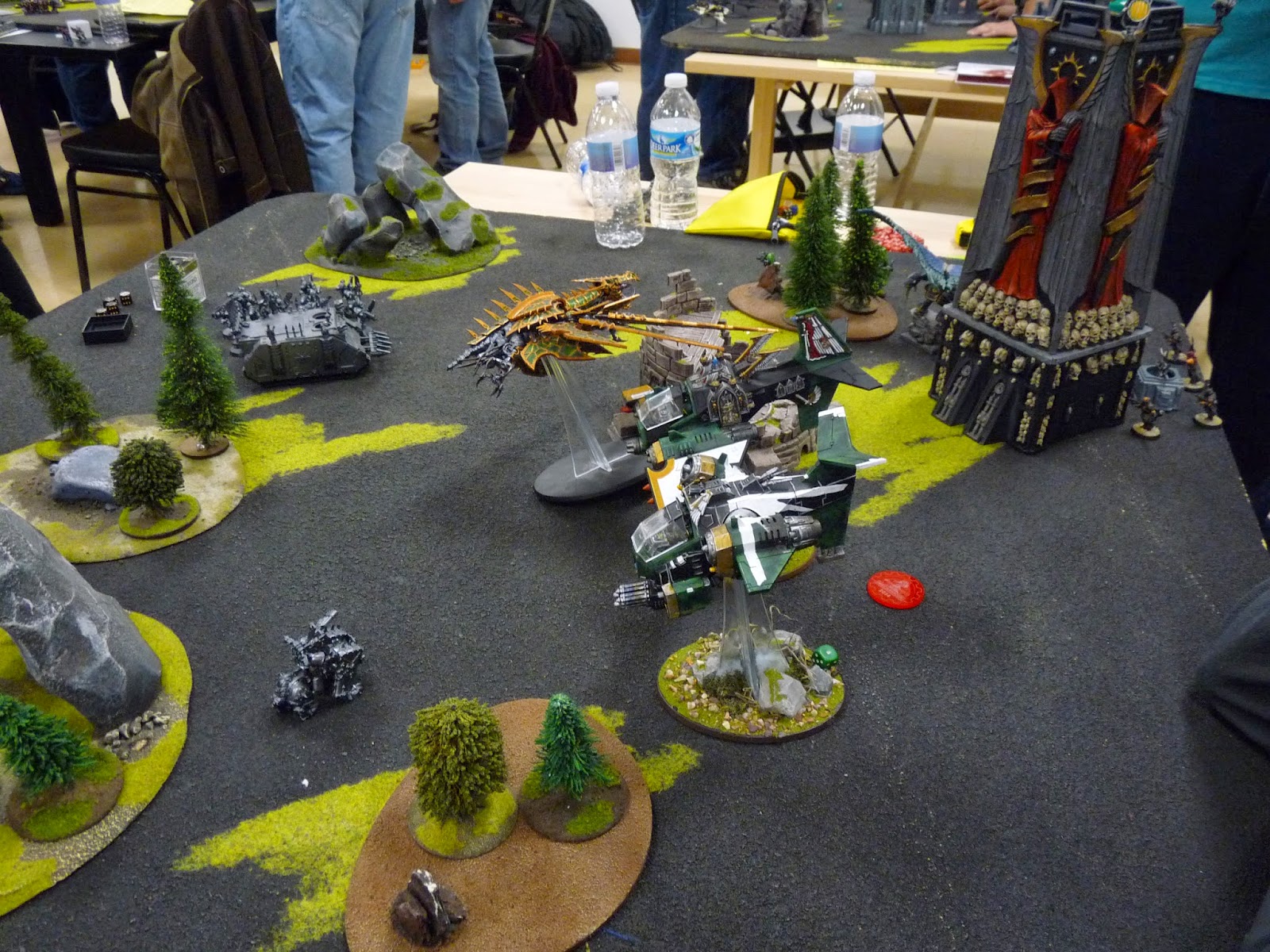 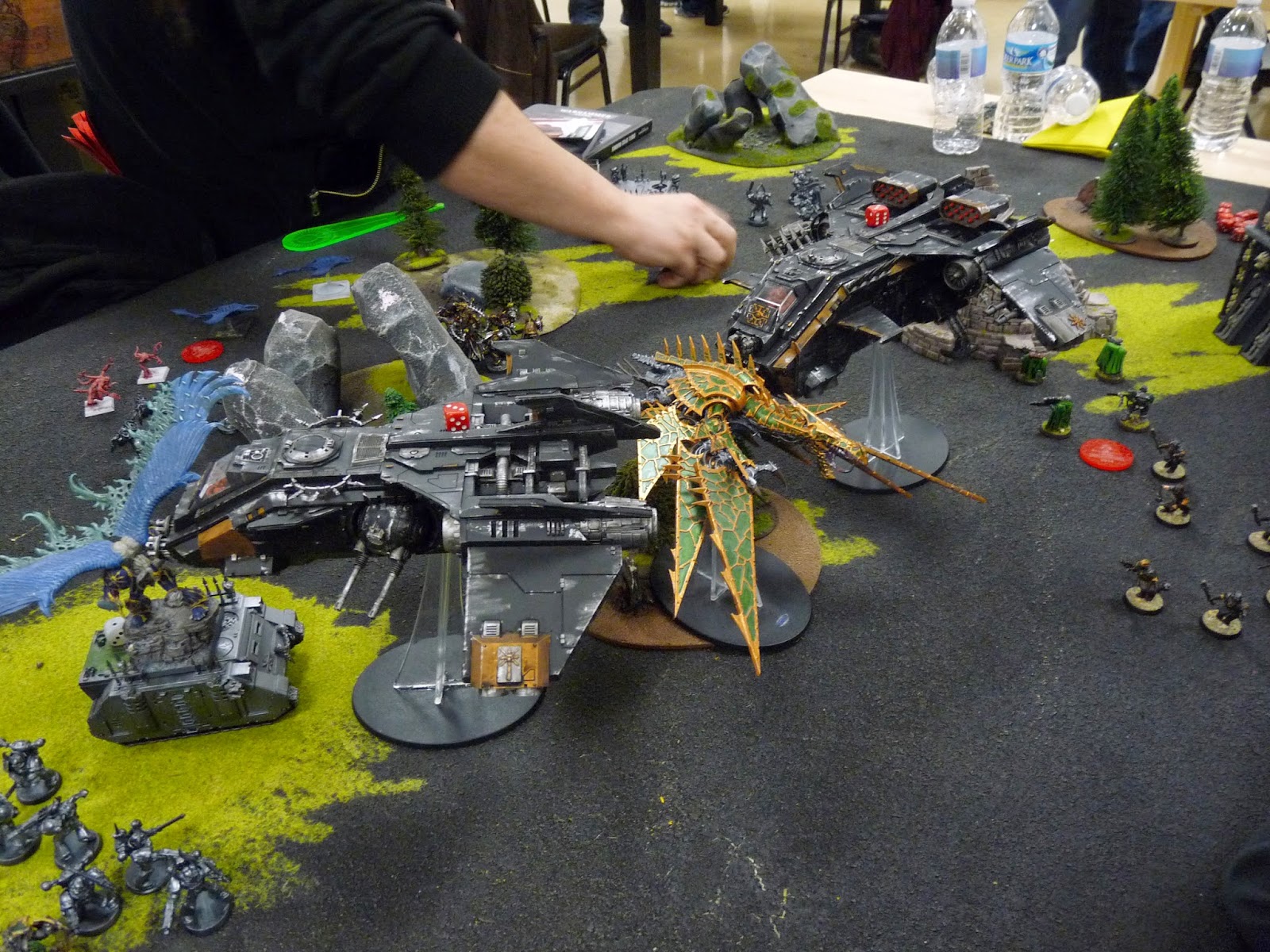 Game 3 the dice turned to favor the air force. We played against our good friends billy and eric from the berks club. both teams were 2-0 going into the game so we knew we were in contention for some top spots here. our opponents were running 2 space marine lists.. one was clan raakun (racoon?) and the other was a vanilla chapter (I never remember what actual tactics eric chooses, just that his army is star wars themed heh). but.. the libby on bike rolled invis. ouch. HOWEVER, the dice would decide the day for sure. our were red hot, and our opponents were ice cold. it ended up being a very decisive win and we called it since it was kill points and we were up quite a bit. loved the guys, just the dice apparently had a new master that round. 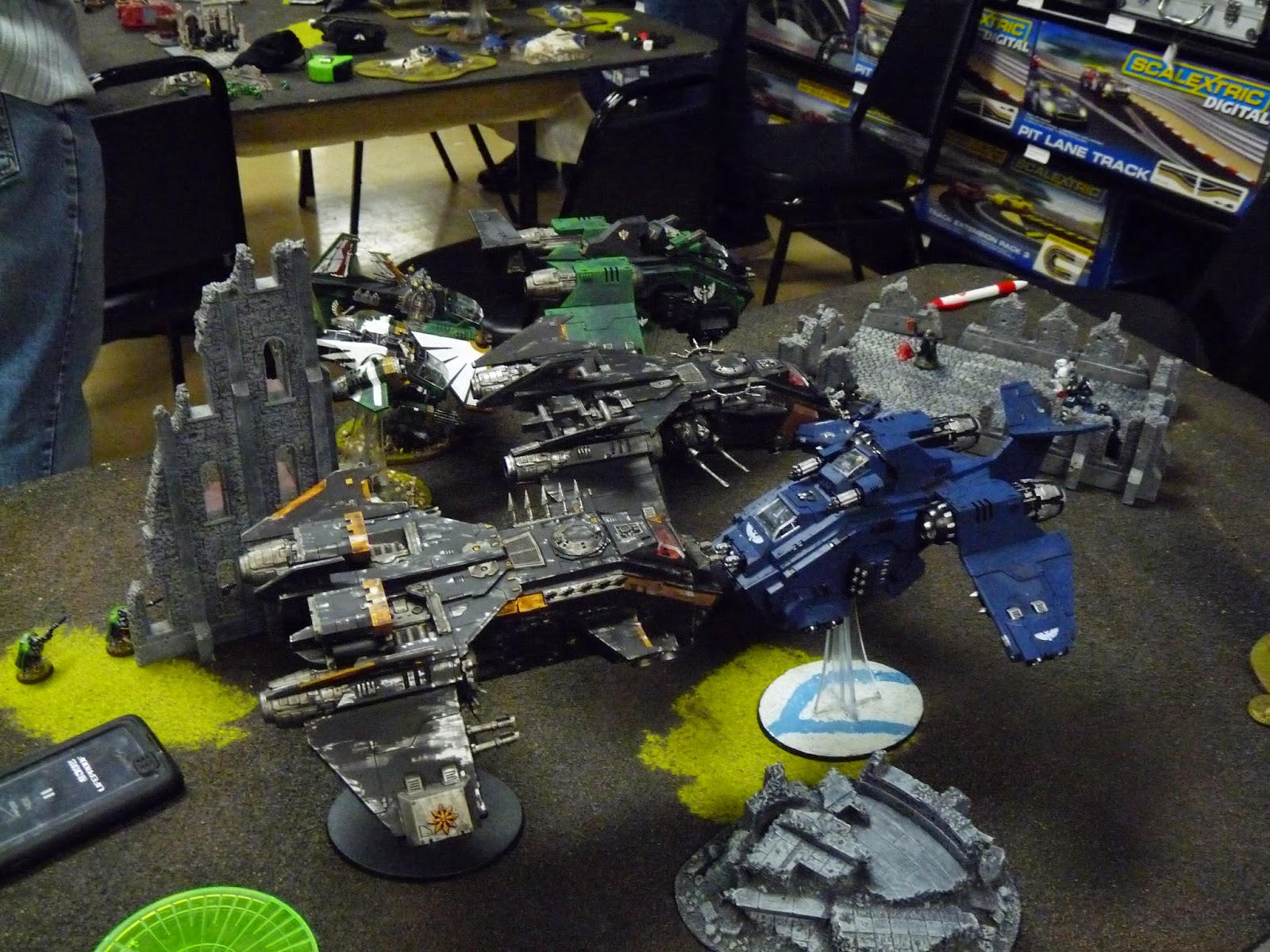 All in All, we finished tied for 3rd place. equally our showing last year. so we were pretty proud about that. We did feel a little dirty with all the flyers in the list, but with all the tau and eldar spam we saw around, truth be told, we only felt a little dirty hehe.

again another fantastic event run by the berks guys, really enjoyed ourselves and we will definitely be back next year, hey.. that's two third place finishes in a row, gotta defend that title!
4 comments

Posted by Brother Cornelius at 10/19/2014 12:13:00 AM
Email ThisBlogThis!Share to TwitterShare to FacebookShare to Pinterest

Brother C here.... back from the dead.

LWG is not dead.. in fact.. quite the opposite..

Much has been going on, hopefully which you will all see soon enough.

Starting with our most recent event. Orctoberfest 2014.

but for now.. take a gander at some of the armies that were present.

*note* the photography for the armies was done at the beginning of the event, and only armies that were displayed were photographed. we had a few guys who ran late and a few that had armies in carry cases and did not make for good photo ops.

Keep checking back here for more updates. A lot of exciting things are in store in the coming year so get ready! 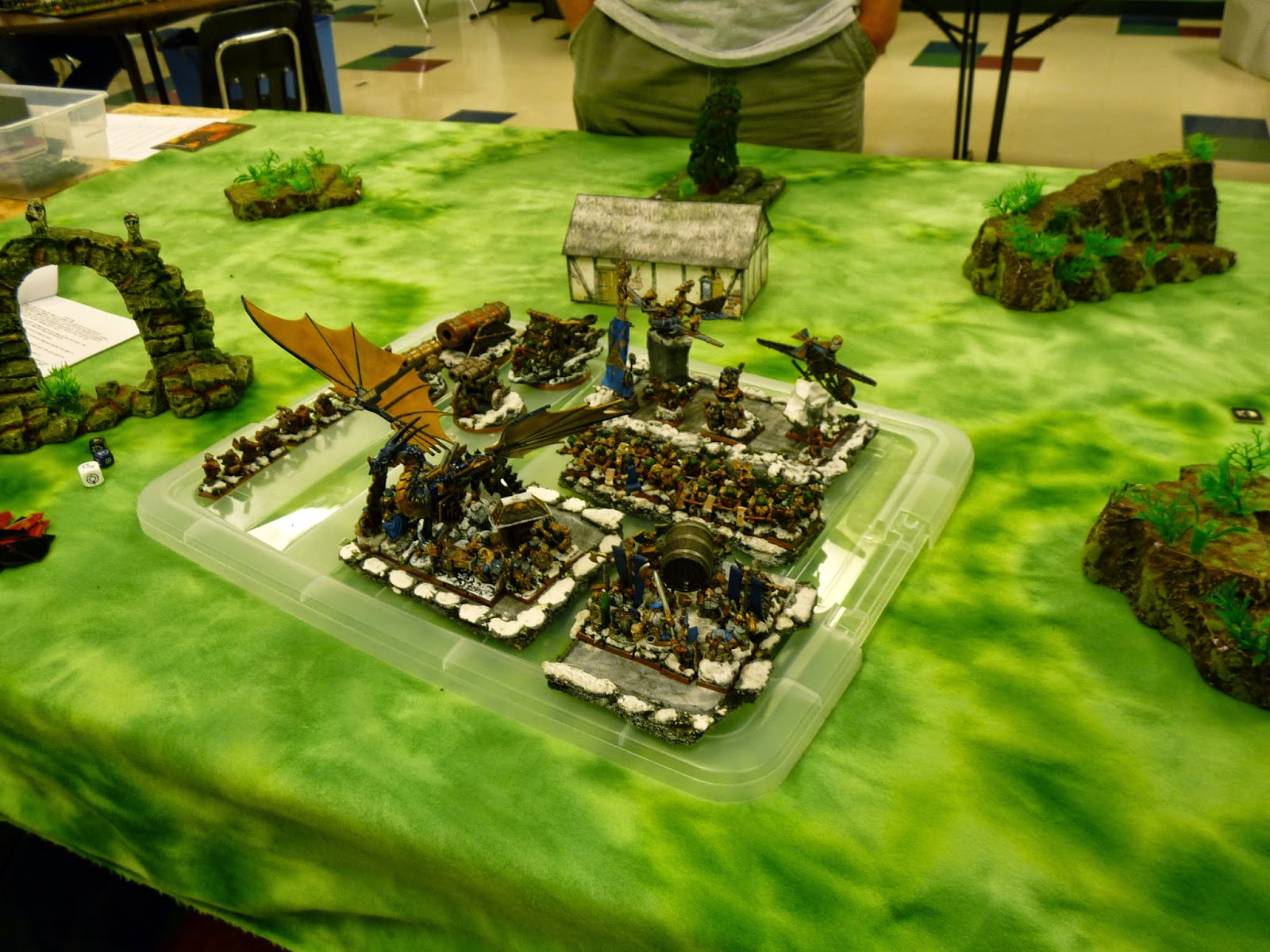 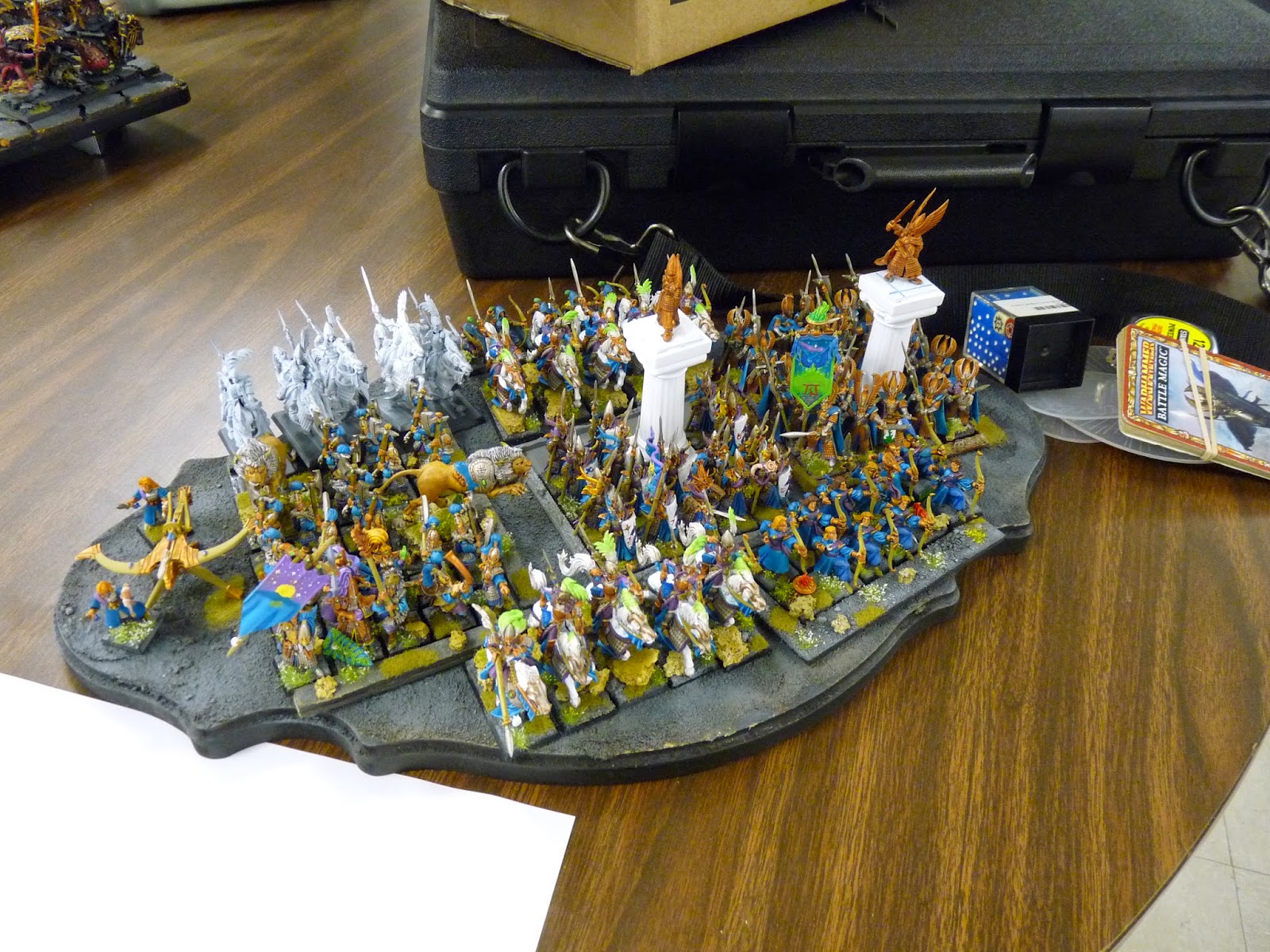 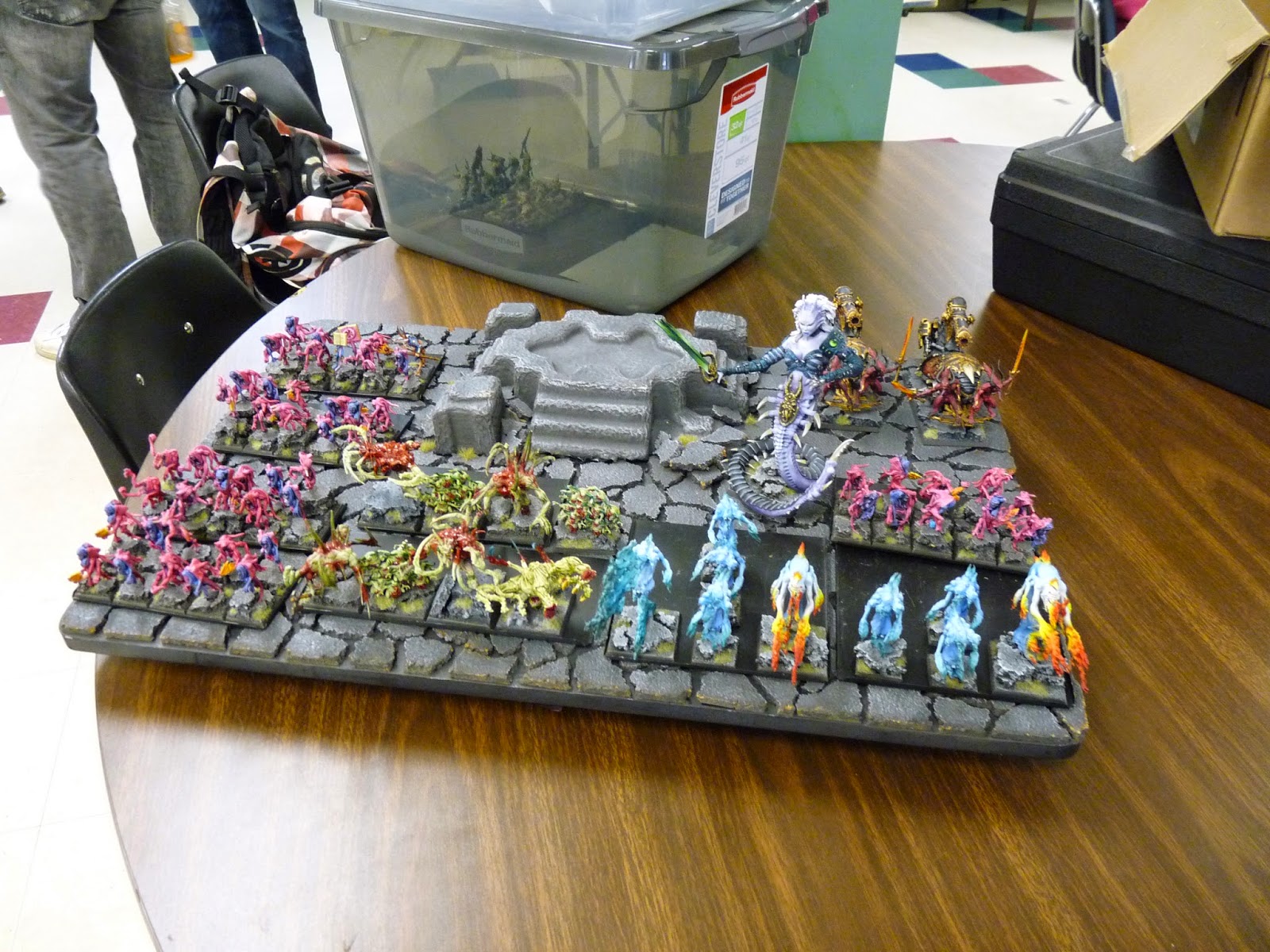 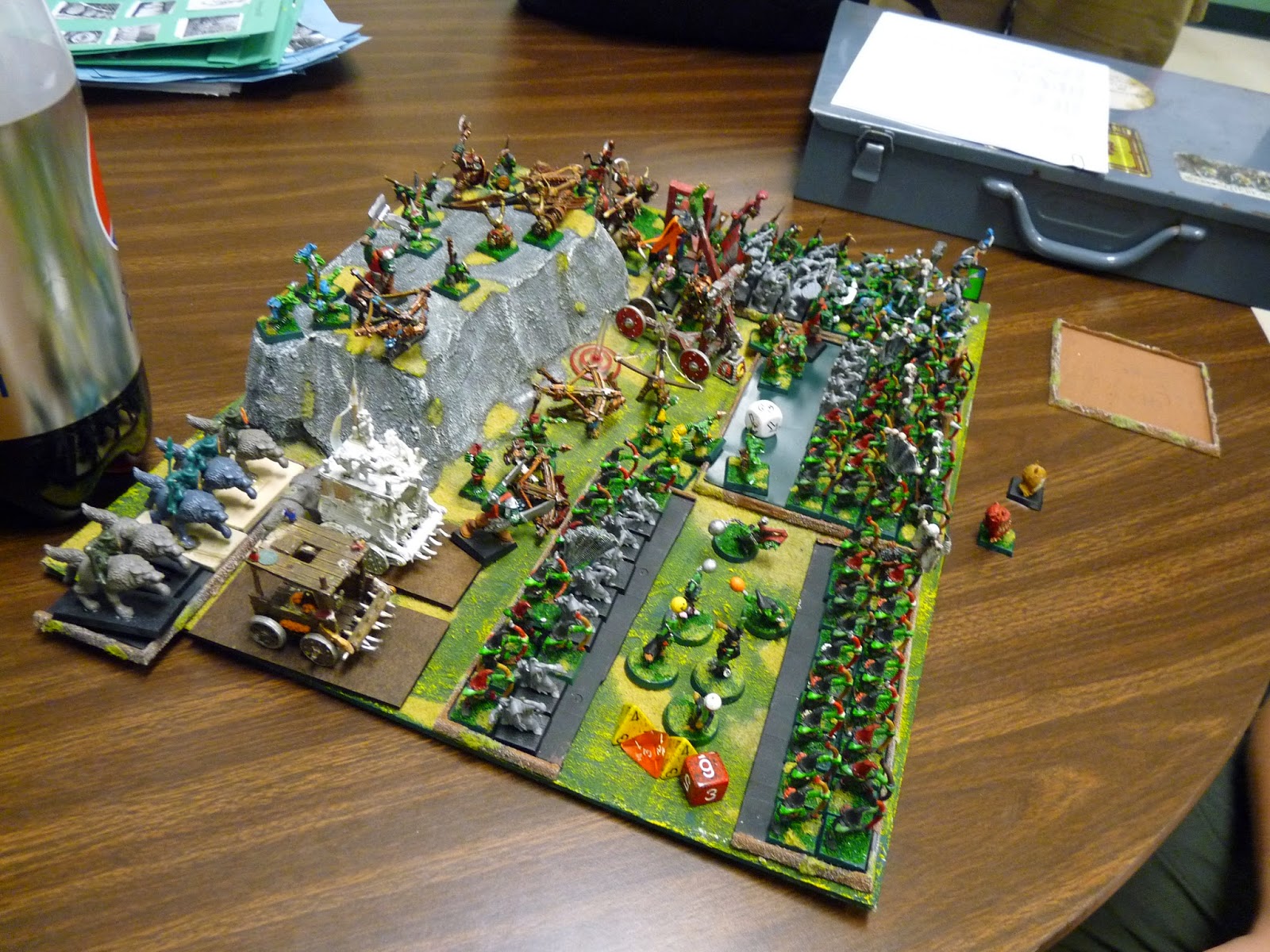 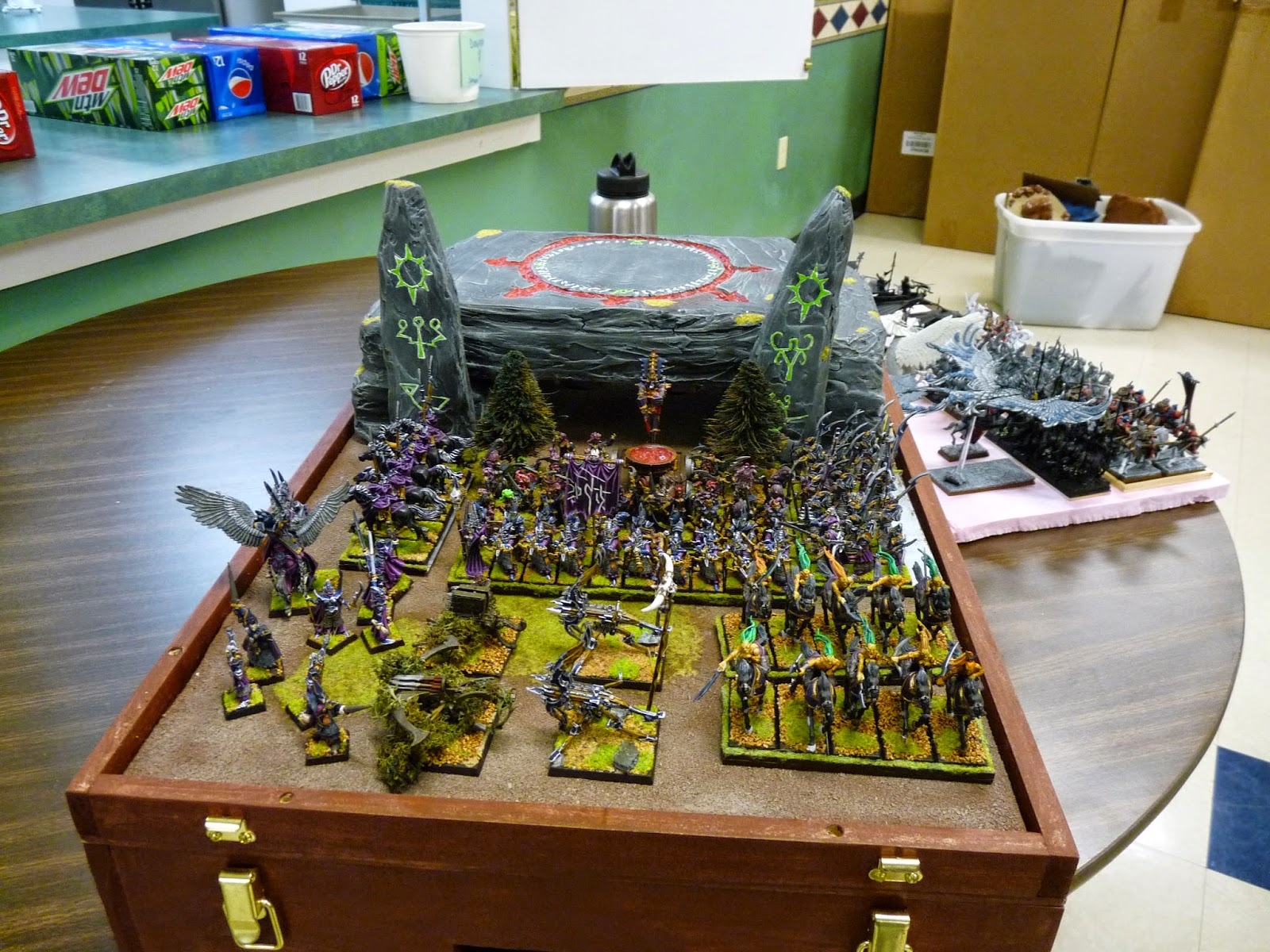 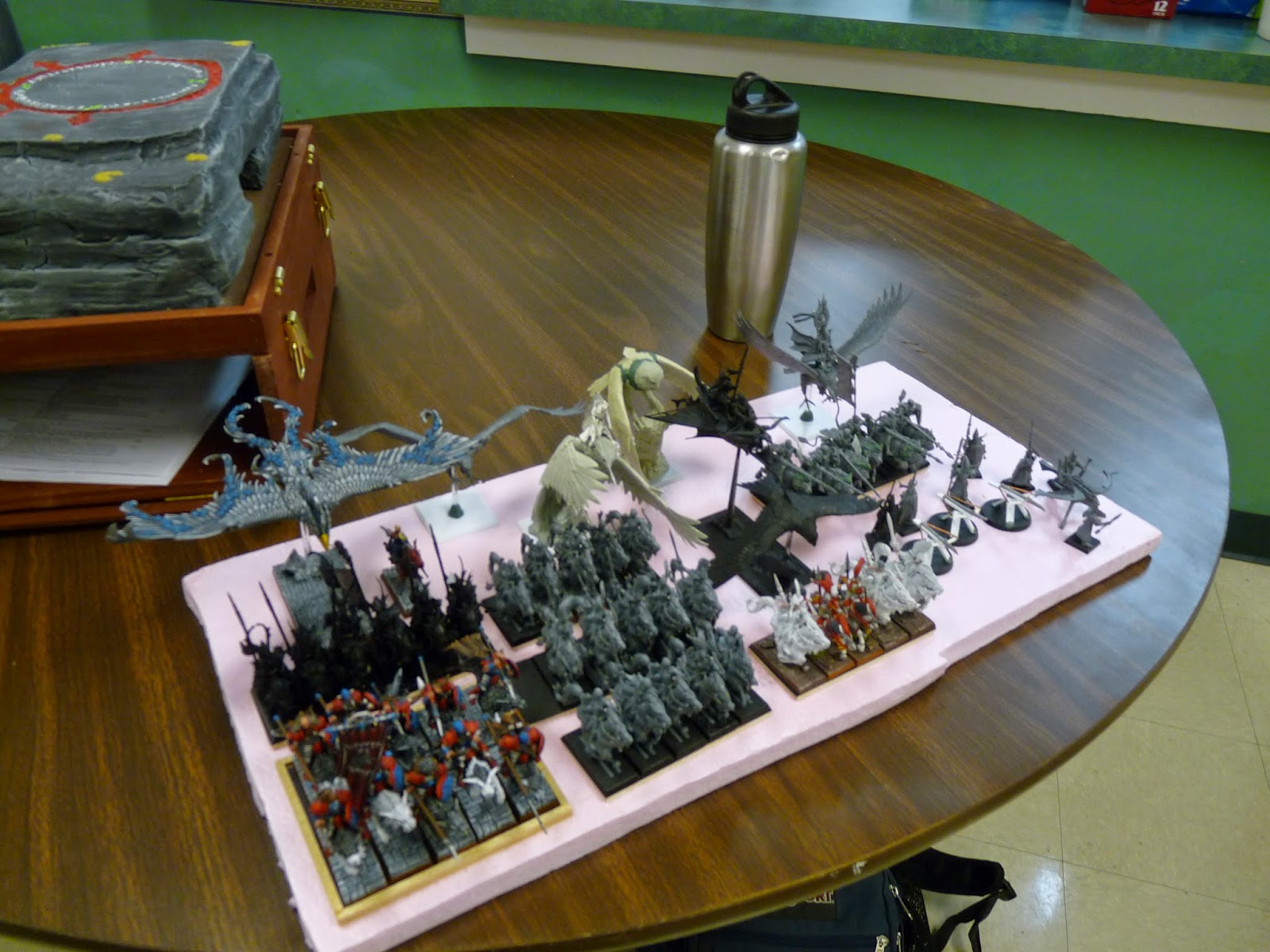 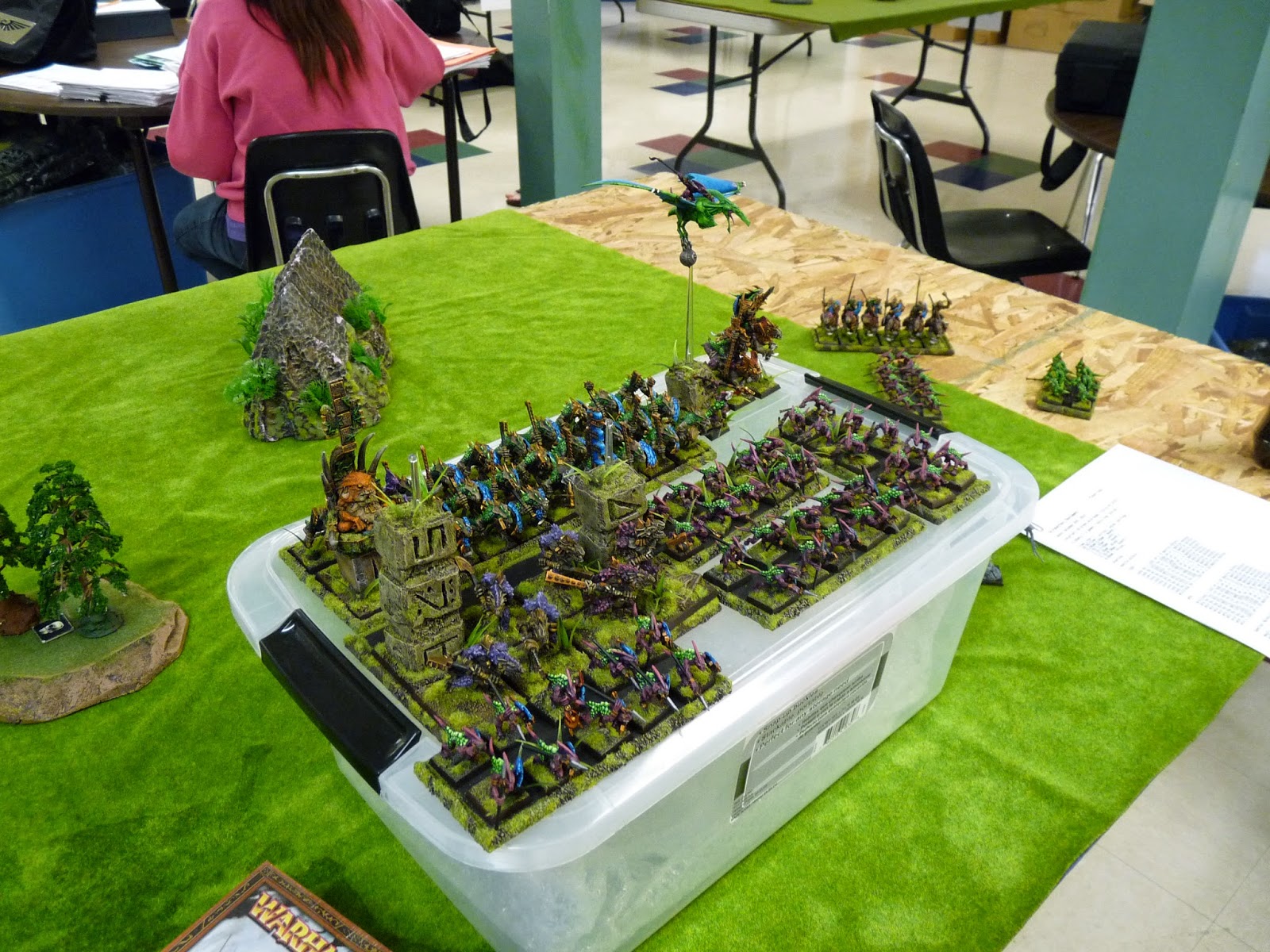 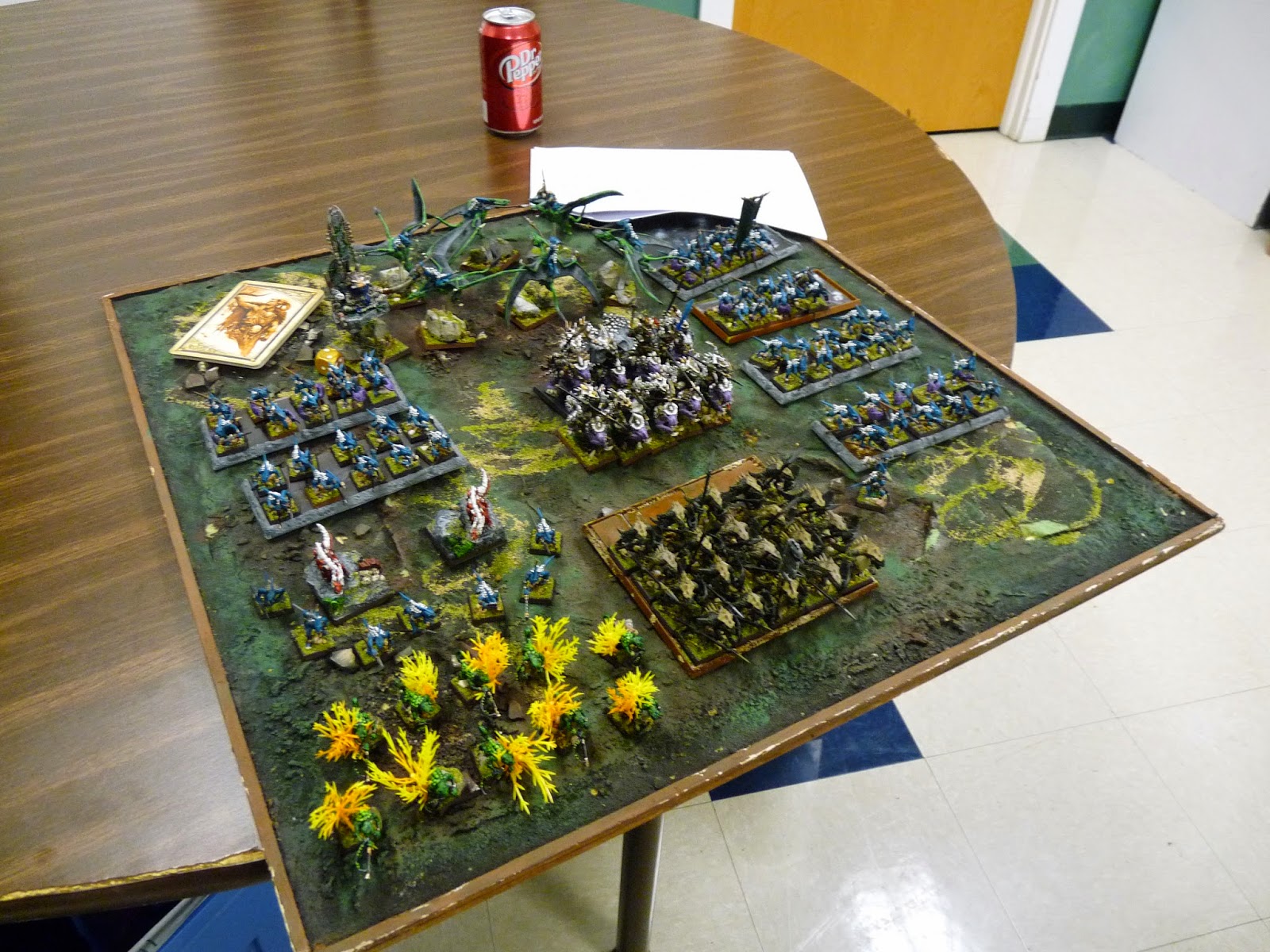